Morningside Recovery offers treatment plans that are specialized to each individual and are holistic in nature. Perhaps a resident needs treatment for depression or is facing a battle with opiate addiction. In any case, it pleases us to announce that besides the more traditional therapies we offer, we are a pet friendly drug rehab facility. This means that residents are allowed to bring their pets with them to treatment if they so choose. Such companions have been shown to have numerous benefits in the course of the therapeutic process. Our pet friendly drug rehab program is here to help increase the chances of a lasting recovery for our clients.

Mental health treatment includes diagnosing mood disorders such as depression. Pets have been shown to alleviate depression by facilitating physical changes in a person. These can include increasing chemicals in the brain that promote good feelings and lower blood pressure levels. Depression can also often lead to circumstances in which a client will often isolate themselves. Yet with a pet for company, this can help to keep someone engaged who would otherwise keep a distance from others. Petting an animal has also been shown to release endorphins, which is especially beneficial in cases of depression.

Some will be seeking therapy for cases of post-traumatic stress disorder, which can be brought on by experiencing an extreme disaster or military combat. Research is still underway as to whether pets such as dogs can assist with post-traumatic stress disorder. However, certain signs help point in a positive direction. The pet can be trained to be obedient and follow orders. This can be comforting to those who served in the military in positions of authority. Going on walks can also be a healthy means of getting the patient outdoors and interacting with others.

BENEFITS OF PETS FOR MENTAL HEALTH

Another commonly treated disorder is anxiety, which pets can also assist in. Physical contact, such as through petting, can help ease the overwhelming feelings that come with anxiety. Also, by having the distraction of caring for an animal, the resident can have a break from being constantly preoccupied with their own worries. There is no concern about dealing with the judgmental attitudes that some people can have and playing with a pet can provide relief from anxiety-provoking thoughts.

Pets can also have positive benefits for residents that have dementia. Spending time with dogs can allow these people to have improved emotional states and a more active lifestyle. There can also be advantages for nutrition, such as improved weight and food intake. Those with dementia can also be less likely to display negative behavior patterns. One idea of bringing pets into contact with residents that have dementia is that it can help them to feel that their environment is more like home.

Those that are in need of substance abuse treatment can also benefit from pets in the recovery process. This is because depression and anxiety are common symptoms amongst those that are dependent on drugs. Having an animal companion can keep the user occupied and reduce a fixation on drug cravings. The contact with a pet will allow brain chemicals with positive effects to be released in the brain. This is far preferred to brain chemistry changes that an addict bringing about with drug abuse, which serves to continue the cycle of drug dependence. A pet friendly drug rehab can allow a pet to stay with their owner throughout their recovery process.

The benefits of a pet friendly drug rehab animal therapy have been demonstrated in residents with different substance abuse problems. For instance, those that are overcoming dependence to methamphetamine have responded well to such companionship. Residents that are in recovery for marijuana can also see positive results from an animal interaction. Another group in this category are those that are having trouble with polydrug abuse. Unsurprisingly, residents who already have experience as pet owners also respond to this treatment well. 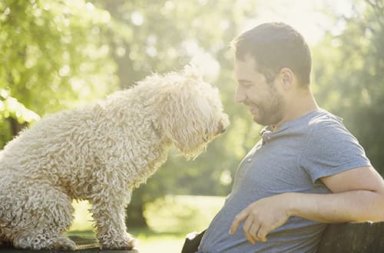 Those that have been facing the complications of drug abuse can be judged harshly by others. Perhaps friends or family have realized that the addict has stolen from them in order to support a habit. The benefit of having an animal in drug recovery is that it can be a source of unconditional love for the patient. A dog shows approval to the person, even if they are viewed less so by certain people in their life. The addict often reaches a point where fulfilling their own needs, primarily those related to drug abuse, are far more important than those of other people in their lives. Animal therapy can help to restore feelings of empathy to the resident so that they can relearn the value of having goodwill and being selfless to another.

One problem that commonly occurs is that a resident who is struggling with substance abuse is that they will finish the treatment process sooner than they really should. Having a pet friendly drug rehab option during the process could cause one to invest more in the advantages of treatment and stay the course. Residents can see a boost in mood – one that comes from a natural source as opposed to controlled substances. Those with an animal in the treatment plan can become more self-assured and willing to connect with others in their surroundings.

Others can use the presence of a dog as a conversation starter to get the person to open up. After all, the person could at first be embarrassed that they have a problem with drug abuse or perhaps even still be in denial to some degree. A mental health professional could start a conversation by asking about the resident’s dog before moving onto questions that are more personal in nature.

Many residents that are experiencing dependence on illicit drugs also have other life struggles that cause conflict. Perhaps they are victims of a traumatic experience or physical abuse. These people are often wary of physical touch by others as it can trigger negative emotions felt before. Being in contact with a dog can allow the person to experience a positive sense of touch for perhaps the first time since the traumatic events occurred. Animals are also a good way to study mindfulness. This is a state in which one becomes focused on the situation at hand and what they are doing at that moment. Rather than focusing on the past or future, the person focuses on their present actions and does not let their environment take control of them.

Residents can be wary of the initial detox process when entering treatment. Though a supervised detox with professional help has a significantly better success rate, they can still have concerns about discomfort. For example, heroin withdrawal is accompanied by several unpleasant symptoms, such as vomiting, body aches, and insomnia. Because of this, having a pet nearby could offer emotional support at this time. The unconditional love animals offer could make a difference at a time when residents are vulnerable. Some could feel nervous or agitated about being in new surroundings without the drug of choice. A dog or cat could help to allow for a stable sense of familiarity at this time.

Here at Morningside Recovery, we instead take the viewpoint that pets can be positive and beneficial to the treatment process. Being reasonable and responsible can make a difference, so pet owners will need to practice this as they would in any other situation. There are no breed restrictions and there are also no size restrictions. However, pets must be current on their vaccinations. The pet will also need to be a flea and tick control regiment. The use of a leash and collar will be mandatory. This can be helpful in situations where a pet owner needs to exhibit more control for any reason. The expectation is that pets will stay in the resident’s room. It should be clear that the pet is not aggressive in nature. After all, the importance of safety for residents applies to every recovery center regardless of the rules.

If you want more information about our pet friendly drug rehab, reach out to us today. Call us at 855-416-8202 or head to our Contact page.

Morningside Recovery offers the full-spectrum of comprehensive addiction treatment in Orange County, CA. Take that first step on the road to recovery and make better choices, every day.